A great afternoon was had by all from LWP Property Group during their Rat Race today in Fremantle. Not even the rain could stop the teams from visiting as many of the allocated “Hot Spots” as possible before they crossed the finish line.

The RED TEAM was victorious on the day by completing the most checkpoints and receiving the least number of penalties. 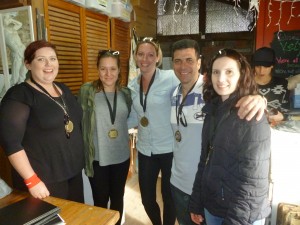 Below is a video containing some of the photo’s from their event – check it out!

What a FANTASTIC event we had with the group from Ritchies Supermarkets & Liquor Stores last Thursday. Coinciding with the opening of the new season at Adventure World in Perth, Total Team Building were able to facilitate a Charity Treasure Hunt with the team from Ritchies which resulted in an amazing $10,000 donation to the Princess Margaret Hospital Foundation.

Teams competed for the chance to be the first to open 1 of 5 locked treasure chests, each containing prizes for the individual participants along with a $2000.00 cheque for the Princess Margaret Hospital Foundation. Putting these cheques together resulted in the whopping total $10,000 donation which was kindly accepted by Fiona Dickson from PMH. 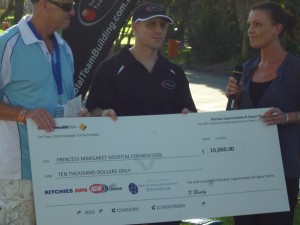 Below is a video containing some of the images from this wonderful program.

IDEXX Laboratories staff enjoyed an afternoon of health, fitness and some fun in Coogee.
They were challenged with some health and fitness tasks, learnt some simple ways to stay healthy and fit, and enjoyed a restoring yoga class to finish off.

It was a great afternoon with a great bunch of people.

We would love to hear your feedback team?

The team from Churchill Consulting had a ball participating in their Go Race around Perth last Friday.

It was a close race, but the RED TEAM came out on top as victors for the day thanks to a great overall performance. 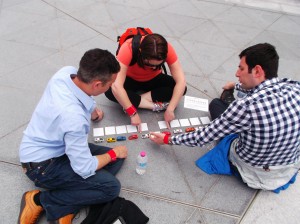 Please find a short video below with some photo’s from the day.