Thanks to the group from Silver Chain in Perth who through the hard work and determination during their Charity Bike Build Program, where able to donate 5 bikes to 5 deserving kids from Koondoola Primary School last Friday. 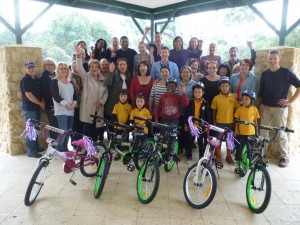 It was a well fought battle, but the BLUE team came out on top as winners for the day. The real winners however were the deserving kids who now have a brand new bike to enjoy for years to come.

Check out the video below with some fantastic photo’s from the event.

The dynamic team from Wesfarmers Insurance enjoyed a few hours with our Lead facilitator Jason as they set out to build some bicycles as part of their afternoon of team building in Sydney.

The teams were challenged with some fun and certainly testing team building activities that if completed successfully awarded them the parts of the bikes. After all parts were given it was action time as the bikes started to take shape.

The question was how well were they built? were the seats tight? were the brakes working? it was the best bike on the day and the winning team was Red and they enjoyed the spoils of victory!

Well done everybody as the bikes (after Jason checked them over) were donated to Lifestart who will place them to 6 foster children to bring a huge smile to their face..

Today the Moorvale Team united as one to create something special for 6 lucky children.

The group was challenged with a variety of team building activities to earn valuable bike parts. Once all tasks were done they only had 25 minutes to build the bikes!

As a result, lots of fun and certainly some great teamwork and camaraderie were shown. They successfully completed all their tasks and were able to build their bikes within the given timeframe.

Congratulations team and best of luck on your new adventures.

Lumley Insurance staff spent their afternoon completing a range of interesting activities to earn the pieces of a bike. The teams worked very hard but one team showed dominance all day.. It was the Awesome Orange Power Rangers that won the event.

Well done everybody your efforts have made a large impact on 3 children’s lives..

The Staff at Fulton Hogan enjoyed some fun but challenging activities with our facilitator Kate as they pieced together some children’s bikes. The team were tested with a variety of activities  that tested their teamwork and communication skills. The teams did very well and after all the bikes were constructed they were donated to some lucky children from Berry St Charity. Thanks everyone you have made a big impact of those 3 children’s lives..

You can view the full video below.

We would love to hear your thoughts about the event?

The fantastic staff at Essendon Football Club united last week for a Charity team Building event. The 50 strong team created 10 teams and competed against each other in activities to earn bike parts. They had many pieces to collect and when all pieces were acquired they constructed the bikes. What was really special was at the end of the program we had some special visitors from the Bully Zero foundation including the CEO Oscar Yildiz and 10 lucky children who took the bikes home.It was  a great feeling as the  children accepted the bikes and the smiles went from ear to ear! It was the true spirit of Xmas and the spirit of the Essendon Football Club.

Thankyou everyone for your hard work and your kind donation….

A Scavenger Hunt around the Perth CBD is a great way for teams to celebrate the end of the year and XMAS. This is exactly what the team from CapitalQ Chartered Accountants did on Friday. It was a perfect day for a foot race around the city locating statues, taking photo’s and collecting items in the quest to be the team with the most amount of points at the end of the day. It was definately close between 1st and 2nd but the GREEN team were victorious on the day and from the looks of the photo below, were very proud of themselves! 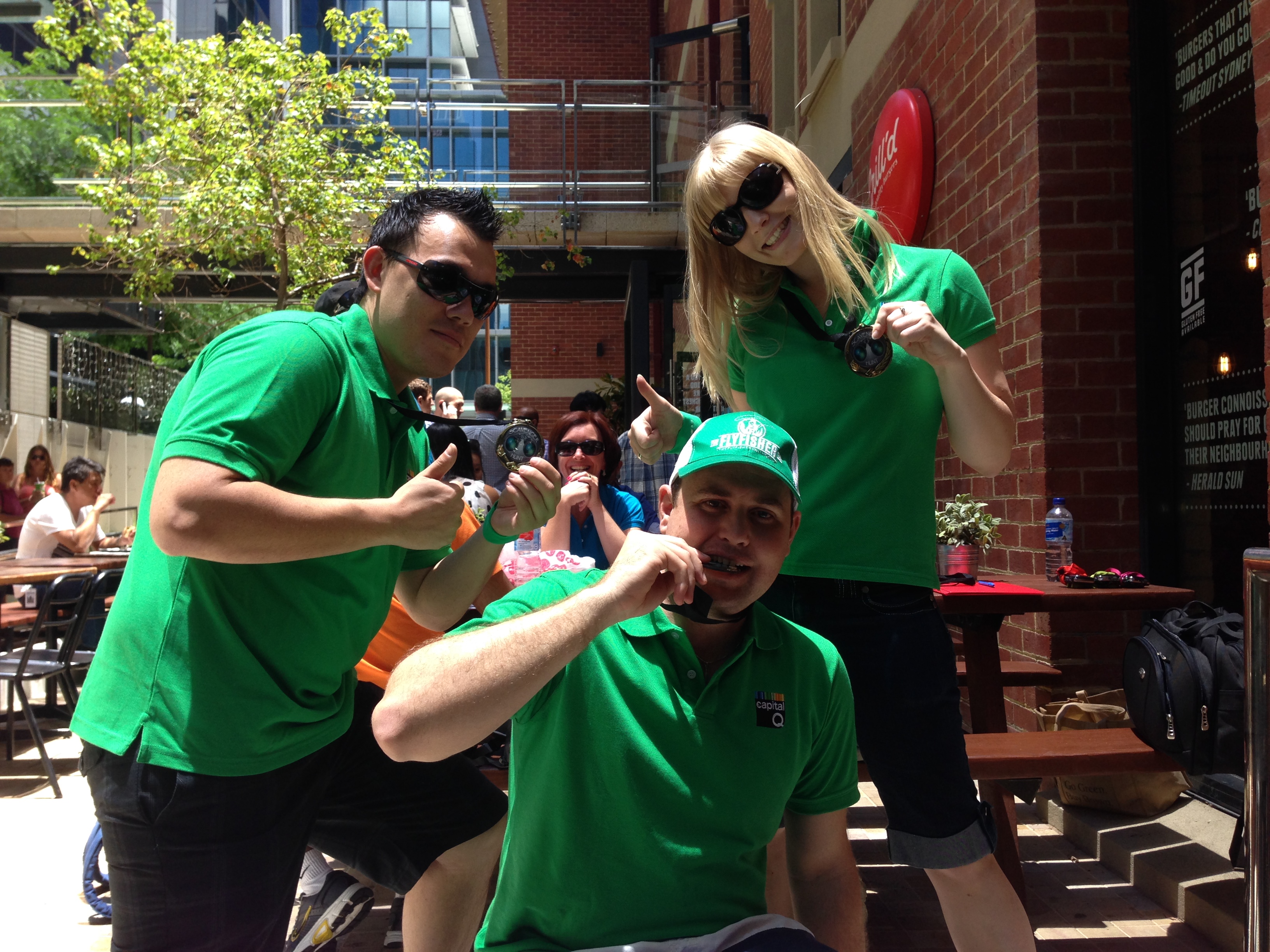 A hotly contested corporate event was had by the staff from QRME last week. The event was Go race Toowoomba and thats exactly what they did! Six team raced to checkpoint around the city earning time bonuses and penalties. At the end of the race it was the team with the least amount of time on their clock wins..
The Yellow team were victorious and took home the spoils of victory and the Glory to be called the Go race Toowoomba champions!

The guys from Move about Therapy tested their skills in a variety of challenges while trying to earn some bike parts. Once they completed all the activities successfully they were awarded a bike part.

This best part of this activity is at the end when the teams constructed the bikes and donated them to 3 lucky children from the Smith Family. It was a win win all round as the teams had plenty of fun and the children had their xmas come early!

Thankyou to the Move About Therapy team… You did a great thing and brought 3 large smiles to the children’s faces!

The team from Richie Brothers enjoyed an afternoon Racing around the northern Gold Coast during their Go Race Gold Coast team building event. The teams had to locate checkpoints and complete activities as quickly as they could and race to the finish line. A charity component was added to this special day so at each checkpoint they collected bike parts. Once they arrived at the finish they constructed their bikes and donated them to some lucky children from the Pyjama Foundation.
A fantastic day was had and we hope you all enjoyed your day out. From all the Team at Total Team Building have a Merry Xmas!