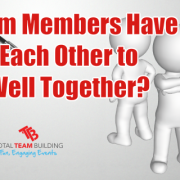 One huge question that many people have about teams is this: do team members actually have to like each other to work together? The short answer is no, they don’t. However, a simple “no” doesn’t acknowledge the more complex parts of this problem, so the article below will be addressing this question in more depth. 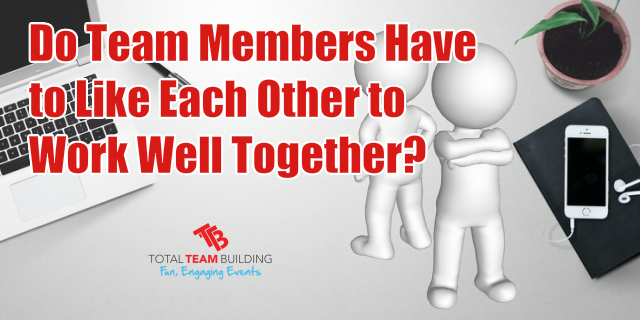 First and foremost, it’s important to recognise the difference between active conflicts and people simply not liking each other. Conflict is when two or more parties are actively being hostile to each other because of a specific disagreement. This could be a short-term disagreement over how work should be done or a long-term disagreement between two people that feel differently about how things should be happening with the team.

Personal feelings are all about how people relate to one another on a daily basis. Conflict can arise out of extreme dislike of one another, but it doesn’t have to. It’s possible to work together without conflict, even if you don’t personally like someone else you’re working with.

How Do Personal Feelings Affect Your Team?

Interpersonal relations of team members aren’t really the business of team leaders as long as those relationships are not affecting the productivity of employees or the work being produced. If personal feelings start to get in the way of work that needs to be done, then and only then should a leader step in to try to bridge the gap.

It’s impossible for everyone in the world to get along well with each other. Differences in personalities, beliefs, ways of life, and more will always exist. These differences are what create a diverse workplace. Diversity might be difficult to handle at first, but it’s worth the effort in the end despite the risk of conflict between team members.

Creating A Standard For Interpersonal Relations

Conflicts between team members should be avoided when possible and dealt with openly when they occur. It’s the job of a team leader or manager to stress that employees must treat each other with at least a minimal level of respect at work. Professionalism demands that team members show some courtesy towards one another and work pleasantly beside each other.

If teams get along well with each other, these types of professional conduct rules will not have to be enforced or emphasised. However, in a case where any number of team members don’t like each other, it’s essential that everyone involved understands that their job is not to like each other but to get work done as a team. This requires civility and professional courtesy at the very least. Teams that have interpersonal problems need to have standards of behavior set for them to follow just like any other performance standards at work.

Trust requires some level of respect between employees. They don’t need to respect each other as individuals, but as professionals. As long as two employees who don’t like each other can acknowledge that each one of them is a capable professional who can add to the team at large, they will be able to get work done. Without this basic respect, no trust will exist between employees and the team will eventually start to fail.

Whether or not people like each other is not really a concern for a team leader to focus on. The bigger issue is how they treat each other at work despite that dislike of one another. If employees are working well together, treating each other professionally and courteously, and accomplishing goals then there is no real need to delve into issues of interpersonal relations. However, if personal feelings are getting in the way of work performance, it’s necessary to remedy the situation before it gets out of hand.

Total Team Building specialise in teams…we facilitate a range of fun based team building activities that help build team morale, trust and an appreciation for the differences within a team. For more information about how Total Team Building can help you contact us today. 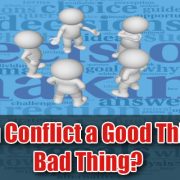 Is Team Conflict a Good Thing or a Bad Thing? 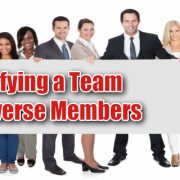 Unifying a Team of Diverse Members 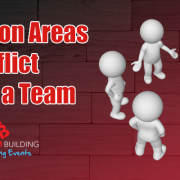 Common Areas of Conflict within a Team

Leadership is a Skill: How to Practice Leading People
Scroll to top