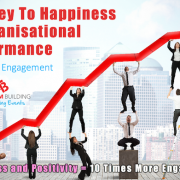 Google’s philosophy is to “create the happiest, most productive workplace in the world,” company spokesman Jordan Newman told the New York Times. 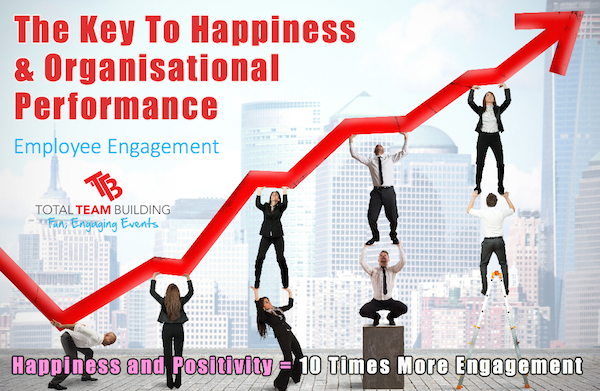 For the sixth consecutive year, Google leads the pack as number one on Fortune’s list, the 100 Best Companies to Work For.

Beyond the bounty of perks offered to Googlers, it’s a happy environment that ignites creativity, cultivates innovation, and most importantly, boosts productivity.

Teams are the foundation of its success and the Internet juggernaut spares no expense at keeping its employees happy. It even has a People Operations department with experts whose jobs are to ensure employees stay happy and engaged.

Team building is part of Google’s culture. Having fun together fosters a sense of unity and among employees and creates that engaging environment that people enjoy.

Engaged workplaces are more profitable, have positive customer feedback and a higher rate of employee retention.

In a comprehensive analysis of 225 studies, researchers Sonja Lyubomirsky, Laura King, and Ed Diener found a strong connection between happiness and success. The research that combines neuroscience, management studies and the bottom lines of international organizations shows that happiness and positivity in the workplace results in:

“People who cultivate a positive mind-set perform better in the face of challenge. I call this the “happiness advantage”—every business outcome shows improvement when the brain is positive,” Shawn Achor, best selling author and psychologist, writes in Positive Intelligence, published in the Harvard Business Review (HBR).

The cost of disengagement can cripple an organization’s level of performance. According to Gallup, How to Tackle U.S. Employees’ Stagnating Engagement, actively disengaged people cost the American economy up to $550 billion per year in lost productivity.

It’s not that surprising.

In a lifetime, people spend an average of 90,000 hours at work – that’s almost 11 years of continuous days in an office. Crestfallen workers, trapped in an unhappy environment, are more likely to produce disappointing results.

Creating that positive work environment that engages employees is key to happiness and organizational performance.

Team building is a great way to maximize employee engagement. If co-workers recognize each other’s strengths and learn to collaborate as a team to reach an equal goal, chances are they will feel more connected and communicate more effectively.

A 2010 study in the International Journal of Business Management shows that employee engagement is mostly found in high growth companies.

The study, Employee Engagement, the Key to Improving Performance, reports a: “positive relationship between employee engagement and organizational performance outcomes: employee retention, productivity, profitability, customer loyalty and safety. Research also indicates that the more engaged employees are, the more likely their employer is to exceed the industry average in its revenue growth.”

Google, a dominant force in the tech industry, is proof. The brand is less than 20 years old and generates more than $45 billion annually.

Perhaps you remember the following story that clearly demonstrates the Google culture: building teams with highly-engaged people who are fully committed to the company’s overall performance and growth.

In 2002, co-founder Larry Page is famously known for posting a printout of results from Google AdWords in a kitchen at Google that said: “THESE ADS SUCK.”

Instead of blasting, reprimanding or firing the AdWords team, Page had full confidence that the talented team would correct the problem.

The HBR writes in The Google Way of Attacking Problems: “In most companies, this would be seen as cruel — an arrogant executive publicly humiliating his hapless employees for shoddy work — but not at Google. In fact, his unusual act was a show of confidence, defining a tough problem that he knew his talented engineers would want to solve.”

Page was right. He understood his employees and knew how to motivate innovation. By Monday morning, “a group of engineers sent out an email with a solution that not only resolved the AdWords problem, but helped transform Google into a major money machine,” HBR writes.

Is your company looking to create that environment that boosts engagement, promotes innovation and maximizes productivity? Discover the internal motivators of your team and understand how their values align with the overall goals of your organization.

If your looking to motivate your staff or would like them to be more actively engaged so they connect, communicate and collaborate then let us design a unique program that taps into the key motivators of your workforce with fun, engaging team building events. Give Total Team Building A Call Today.

Want to join the discussion?
Feel free to contribute!

5 Symptoms of a Toxic Organisation
Scroll to top